Difference between revisions of "Coal" 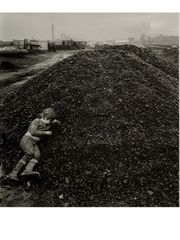 A naturally occurring dark brown to black combustible rock. Coal is found in nearly every region of the world; it is mined in Europe, Asia, Australia, and North America. Coal is composed of carbonized vegetable matter with small amount of Hydrogen, Nitrogen, Oxygen, and Sulfur. Coal is classified by its carbon content. Peat, the first stage in coal formation, is an unconsolidated deposit of semicarbonized plant matter. Lignite, or brown coal, is the lowest rank of coal. It is a consolidated mass with a carbon content of less than 70%. The next level is bituminous, or soft coal. The highest metamorphic rank for coal is Anthracite. It has a fixed carbon content between 92 and 98%. It is hard, black and has a semimetallic luster. Coal is primarily used as a fuel. It may have been used as a black pigment in oils and watercolor paints in the early 17th century. 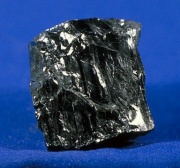 Dust is toxic by inhalation.