Difference between revisions of "Flint"

A dense, tough, dark-color rock composed of microcrystalline Quartz. Flint is generally a gray to black in color and has a waxy appearance. It tends to break with conchoidal chips. Flint is often found in Chalk deposits and high quality flint is obtained from the coasts of Great Britain, France, Belgium and Germany. Flint has been used since Paleolithic times for weapons, tools, vessels and for starting fire. More recently, flint has been used on the firing mechanism of guns and as an Abrasive. Flint is also used as an ingredient in fine pottery to reduce shrinkage and minimize deformation. 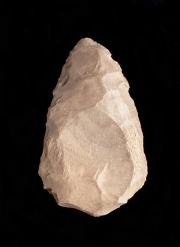 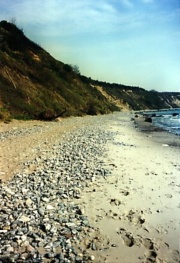