Difference between revisions of "Jersey" 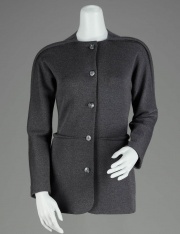 A soft, lightweight, plain-knit fabric that was first made on the island of Jersey off the English coast. Jersey fabrics may be circular, flat, or warp knitted. They were originally made from from Wool and were used for fishermen's clothing. Modern jersey knits are made from several types of fibers including Silk, nylon, rayon, or other synthetic fibers. Jersey knits are used for soft elastic clothing such as sweaters, shirts, gloves, and underwear. The term 'jersey' is also used for any knitted shirts worn by sports teams. 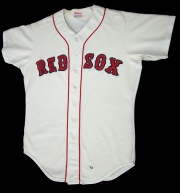