Difference between revisions of "Shellac"

A resinous substance excreted by the female of the lac insect, Laccifer lacca, native to India. The insects primarily deposit lac on the twigs and soft new branches of several varieties of soapberry and acacia trees, such as the sacred fig, Ficus religiosa, found in India, Thailand, Myanmar (Burma), and elsewhere in southeast Asia. Lac was used as early as about 1200 BCE in India. Shellac and lac dye were imported to Europe in the 17th century. The resin coated twigs, also called sticklac, undergoes several processing steps to extract useful components. The raw lac is washed, heated and drawn out into thin sheets. Once cooled, the shellac is broken into small flakes for sale as flake shellac. The color of shellac ranges from a pale yellow to a deep red. Shellac is soluble in alcohol and is used to obtain the high gloss on French polished furniture. It is also used as a protective coating for plaster molds and casts. In the 19th century, shellac was filled with wood flour and used for molded composition products such as buttons, picture frames, daguerreotype and ambrotype cases, and gramophone records. Black pigmented, mineral-filled shellac was used for 78 rpm phonograph records, mirror frames, brooches, and dressing table sets. Shellac was often adulterated with rosin (Doerner 1934). 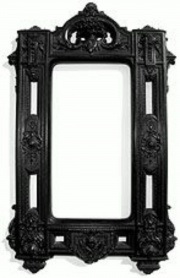 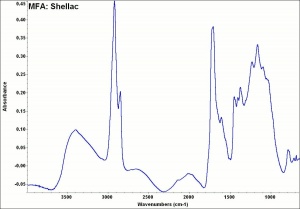