Difference between revisions of "Sodalite"

A blue, glassy mineral of sodium aluminum silicate that has been used as a gemstone and for ornamentation. Sodalite was discovered in Greenland in 1806. It is produced in soda rich magmas and other deposits have been found near Vesuvius, in Norway, Romania, Portugal, Russia, Bolivia, Brazil, Canada (Ontario, Quebec, British Columbia) and the U.S. (Maine). Sodalite resembles lapis lazuli, but is harder and does not contain the gold colored iron pyrite flecks. Hackmanite, a variety of sodalite, fades to white when exposed to light but will regain its dark blue color when left in the dark. 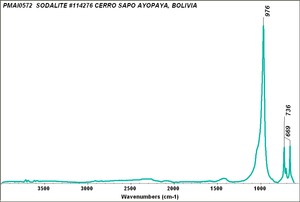 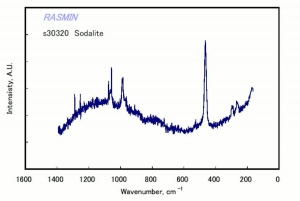