[Binney & Smith] A registered trademark for a brand of felt-tip pens. Magic Marker pens were invented by Sidney Rosenthal and first introduced in 1952. They are odorless and nontoxic, but the colored dyes are usually not lightfast. Magic Markers have been used in drawings, architectural renderings, and documents. The name 'Magic Marker' has been licensed to Binney & Smith of Crayola fame since 1989. 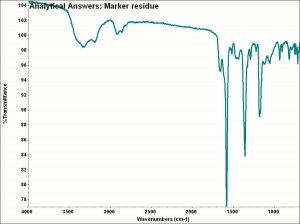