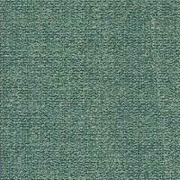 A green pigment originally composed of basic copper chloride (atacamite). Brunswick green was developed in 1795 by the Brunswick brothers. The pigment was made by placing copper filings in an chloride ammonium chloride solution, then collecting the precipitate formed at the end of one week. By the 19th century, Brunswick green was prepared by mixing blue Prussian blue and yellow chrome yellow. This mixture is more commonly called chrome green. it is a fairly permanent color that has good covering power.