Difference between revisions of "Green earth"

Green colored siliceous, iron-rich clays that have been used as pigments since ancient times. Green earth pigments were ground from available minerals, principally Celadonite and Glauconite, though cronstedtite, Montmorillonite, and Chlorite have also been used. The color of green earth can range from yellow-green to sea-green to greenish-gray. In general, green earth is translucent in oils with moderate tinting strength and poor hiding power. It is a permanent, stable pigment that is compatible with all media. Green earth, or terre verte, is sometimes imitated by mixtures of Naples yellow and Prussian blue. 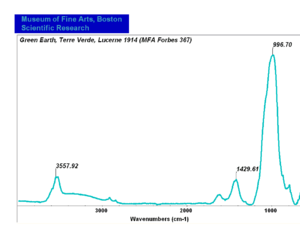 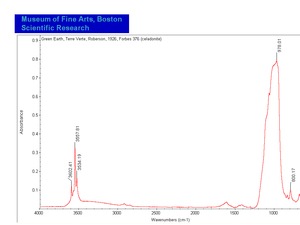 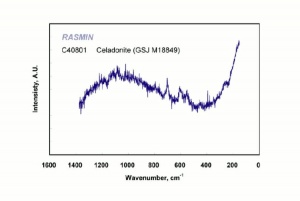 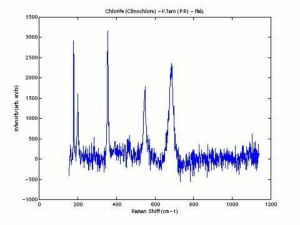 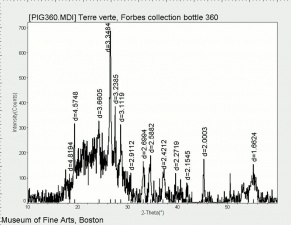 Slightly soluble in acids. Turns a warm, dark-brown color (known as burnt green earth) when heated to around 500 °C.

No significant hazards. Some forms of celadonite have fibrous needle-like crystals.