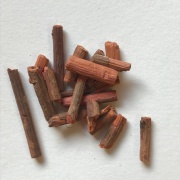 The primary colorants in roots dried at ambient temperature are pseudopurpurin (10) and munjistin (9) which elute as a single broad, tailing peak in our HPLC system. The reason for the tailing, and occasional changes in shape and elution time, is likely related to the use of dilute formic acid in the HPLC mobile phase. Formic acid is favorable for producing both positive and negative ions in the mass spectrometer, but is not acidic enough to completely suppress ionization of munjistin and pseudopurpurin carboxyl groups. Thus these partially ionized molecules can interact with polar groups on the stationary phase of HPLC column, depending on the degree of end-capping of silanol groups. Nevertheless, pseudopurpurin and munjistin can readily differentiated by ion extraction mass spectrometry. 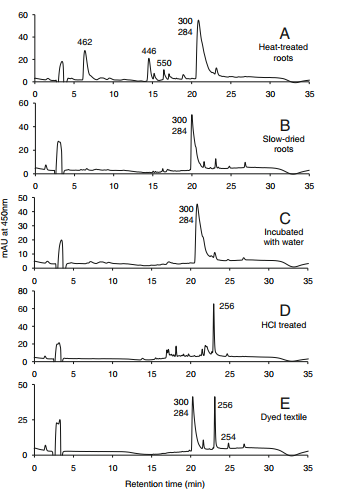 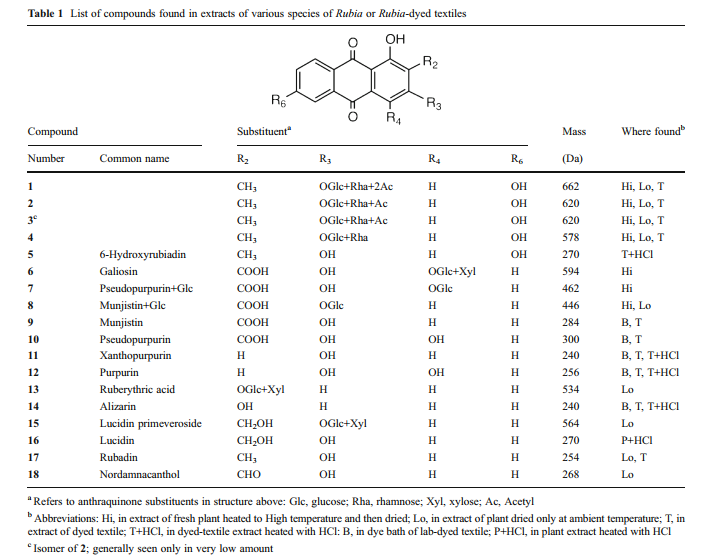