In 1839, Charles Goodyear discovered that rubber can be hardened with the vulcanization process in which sulfur is used to initiate crosslinking of the hydrocarbon strands. Higher sulfur content produces a harder, denser material. Vulcanized rubber is used to make rubber bands, foams, fabric coatings, small objects, combs, pens and musical instruments. Vulcanized rubber, however, will emit sulfur when exposed to light or heat causing the rubber to degrade and become brittle. Since the 19th century, small amounts of wax have been added to the rubber during vulcanization. The wax slowly migrates to the surface and provides a thin layer of protection from oxidation. 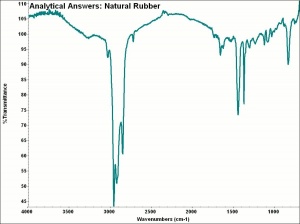