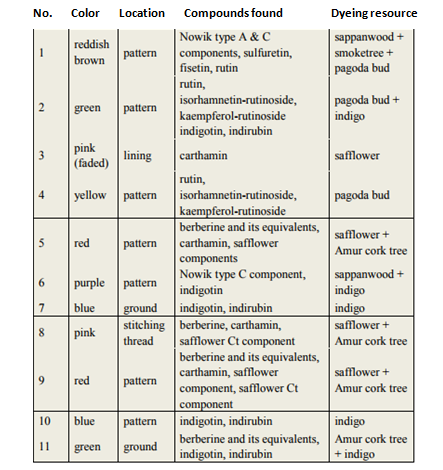 Traditionally used Chinese dyes, pagoda tree buds, turmeric and safflower had been identified as the dyeing sources of this Chinese woman's robe [2]. Berberine was found in sample 2, a green thread from the pattern. Quite a few plants can generate berberine as a yellow dye [3]. The most widely used were Phellodenrom spices, for exampleAmer cork tree and Chuan Huang Bo (Huangbo from Sichuan).