This embroidered robe may have been made from embroidered lengths originally intended to be tailored into a dress for a female member of the royal family. It was found that the robe might have been assembled at a much later date than when the dress lengths were made because the construction of the robe does not follow standard design and that the trims used on different parts of the robe suggest a latter-day intervention [1]. 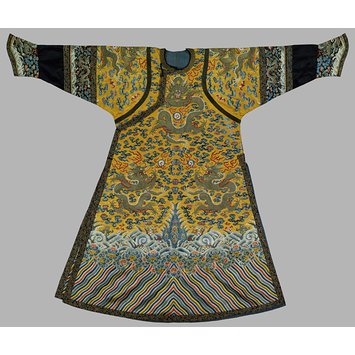 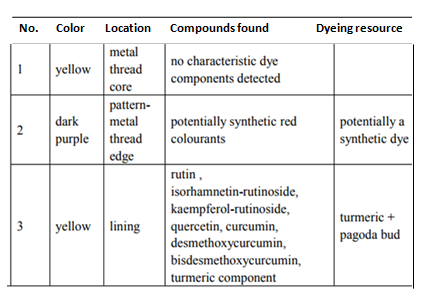 Traditionally used Chinese dyes, pagoda tree buds and turmerichad been identified as the dyeing sources of this Chinese court robe [2]. The result is consistent with previous studies. Identification of a synthetic dye is also mentioned. The result agreed with the date of the robe, a late 19th century to early 20th century date. That was when synthetic dyes was imported and been used by dyers in China.