Any of a large group of semi-inorganic polymers based on siloxanes. Silicones were first discovered by F.S. Kipping in England in 1904, but were not commercially produced as polymers until 1943 by Dow Corning and 1946 by General Electric. They were called silicones because their empirical formula (R2SiO) is similar to that for ketones (R2CO) (Lewis, 1993). Silicones can be liquids, gels, and elastomers as well as solid thermoplastic or thermosetting resins. In general, they have excellent heat and chemical resistance and are water repellent. Silicones are used as adhesives, lubricants, protective coatings, release agents, paints, rubbers, coolants, implants, and insulation. 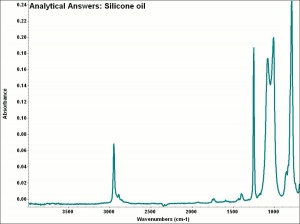