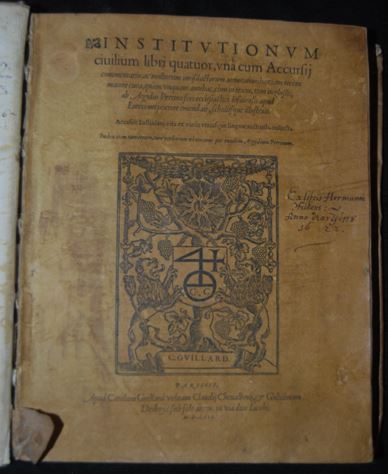 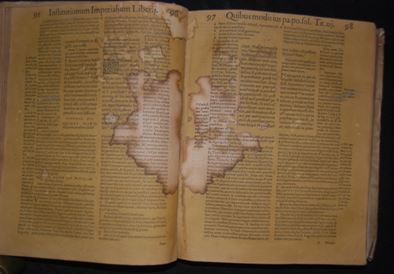 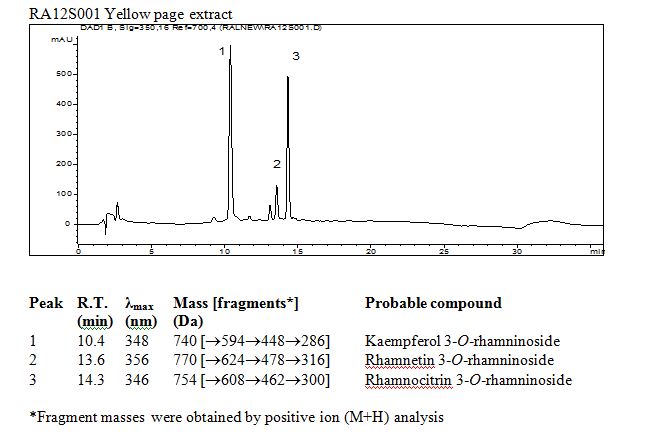 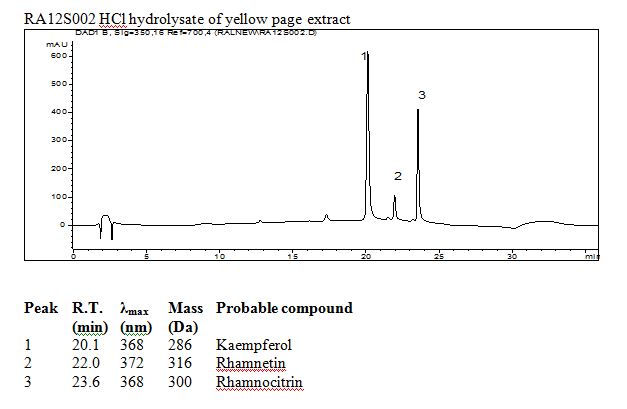 The results are quite clear: the pages were colored using an extract of a species of the buckthorn (Rhamnus sp.) plant. The immature berries of this plant ("Persian berries" –also called “Avignon, Turkish, Greek, Hungarian, etc. berries”) were used in Europe for centuries to dye textiles yellow [Hofenk de Graaff, 2004]. The signature for this dye is the presence of three main components, namely the three flavonol aglycones, kaempferol, rhamnocitrin and rhamnetin, each of which is linked to the trisaccharide (sugar), rhamninose (upper profile) [Cuoco et al., 2014]. When the dye mixture is treated with acid (e.g., hydrochloric acid), the sugars are cleaved off leaving just the aglycones (lower profile). The species of Rhamnus used remains unknown, however.

It is not known at this point why the paper was dyed. It could have been for aesthetic or possibly practical reasons. In a Chinese government decree of 671 AD it was stated that official documents should be written on yellow paper, i.e., paper dyed with extracts of the cork tree (e.g., Phellodendron amurense), as the yellow protoberberines comprising this dye were known to repel insects [Tsien, 1985]. The dyes in Rhamnus species probably are not toxic, but other components of the extract are, as suggested by the name one of the species, Rhamnus cathartica [see https://en.wikipedia.org/wiki/Rhamnus_cathartica#Toxicity].