A thermoset polymer made by the esterification of a polybasic acid with a polyhydric alcohol (Glycol, Glycerol, etc.). Alkyds were first synthesized in 1901 by J.Smith and later patented by General Electric in 1914. The first commerciallized alkyd paint was Glyptal made by GE in 1926. As paints, alkyds are commonly combined with oils (safflower, soybean, linseed, etc.) to form durable, resistant, nonyellowing paints. Oil-modified alkyds made with small amounts of added oil (30-45%) are called short-oil alkyds and are commonly used in baked enamel finishes on metal appliances and automobiles. Alkyds modified with greater amounts of oil (56-70%), called long-oil alkyds, have been used as house paints, artist paints (Griffin), and varnishes. They have good color retention and drying speeds that are faster than oil paints. In addition, alkyd coatings and paints produce a glossy, hard, tough, and durable finish. They do, however, have a tendency to drip and wrinkle in thick areas. The first molded alkyd resins were produced in 1948. The thermosetting resin has been used to make make car parts, electric switches, engine insulators, electronic components, and television parts. 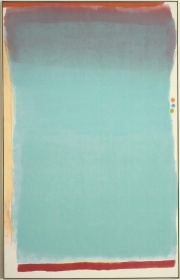 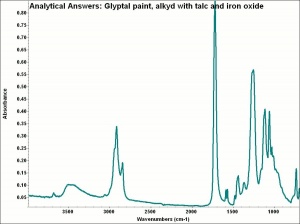