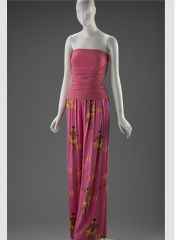 The long, fine hair from an Angora rabbit. The silky hair from an Angora goat is sometimes called angora but more often called Mohair. The Angora rabbit is native to Asia Minor, domesticated by the Trelicians since the 6th century, and only bred in Europe since the early 19th century. The white French rabbit produces high-quality, soft hair. The fur is trimmed every three months to produce clippings that are 3 inches long. Angora dyes readily, but is difficult to spin because of its fine texture. It is usually mixed with wool or other fibers for weaving cardigans and gloves. Angora easily felts and sometimes felts on the rabbit itself if not regularly groomed.

Angora rabbits are domesticated and therefore do not fall under IUCN RED List considerations. For the same reasons (of domestication), their wool and woolen products are not regulated under CITES. National trade regulations may still be in effect.