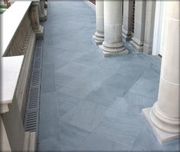 1) Common name for hydrated Copper sulfate prior to the 1800s when chemical compound names were standardized (Schur 1985). It was also called copper sulfite.

2) Any hard, fine-grain Sandstone that is blue or gray in color. In the US, bluestones are quarried in New York and Pennsylvania. They also occur in England where they were used in the construction of Stonehenge and in the Victorian volcanic plains of Australia. Bluestones are often used for walks, steps, and lintels because of good cleavage along the bedding plane. 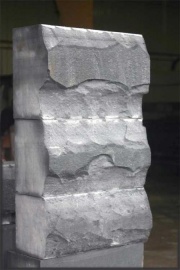