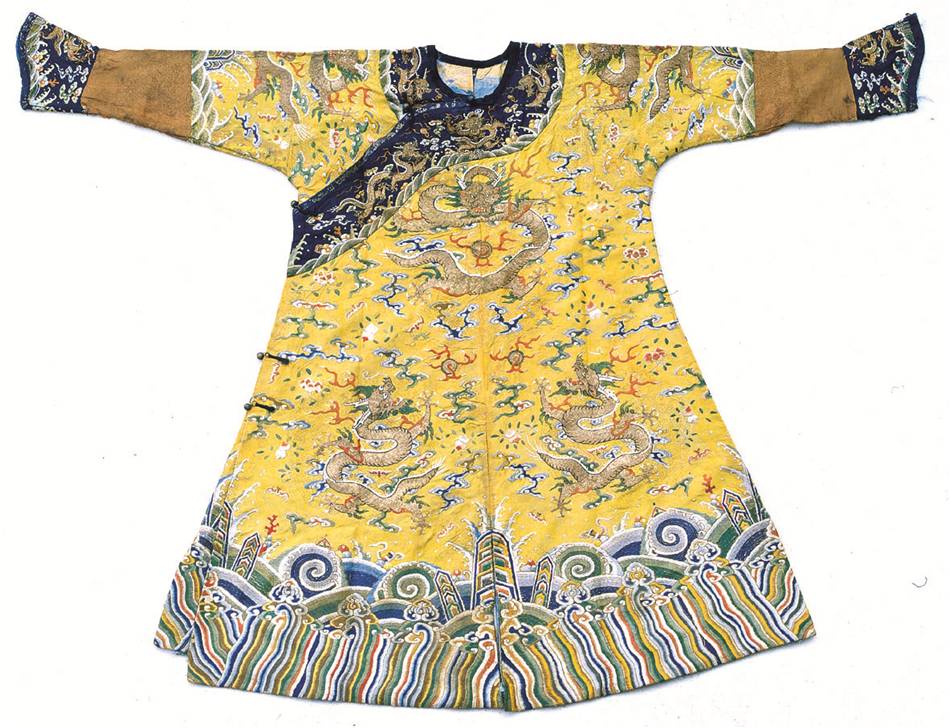 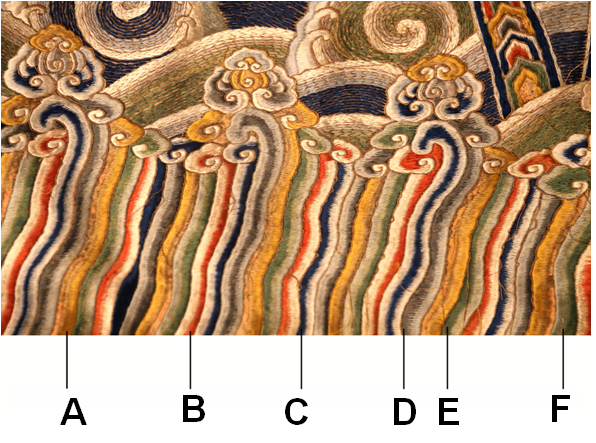 HPLC-MS analysis shows several common dyes were used to dye the Qing dynasty object. Bright yellow threads (part A) were dyed with pagoda tree buds due to the fact that a big peak corresponding to rutin is seen in HPLC profile of the yellow dye. Safflower was identified in red threads (part B), along with Phellodendron spp, which is in good agreement with a dyeing recipe recorded in Tian Gong Kai Wu (Explotation of the Works of Nature, written by Song Yingxin in 1637). Indigo can be used not only to produce a blue color (part C), but also to produce various green colors by overdyeing with pagoda tree buds (part E) or Phellodendron spp.,(part F) Purple threads (part D) were dyed with a mixture of sappanwood and indigo. 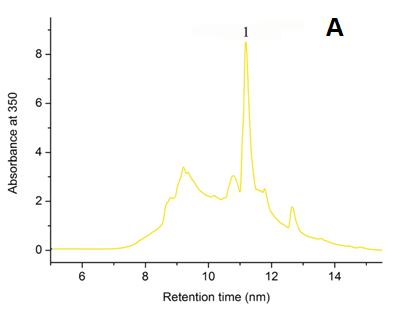 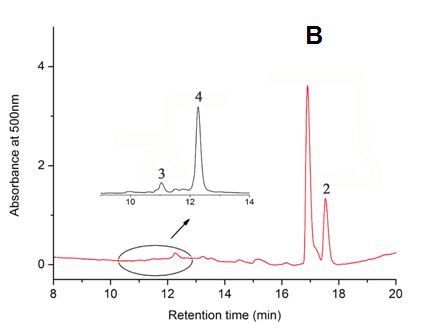 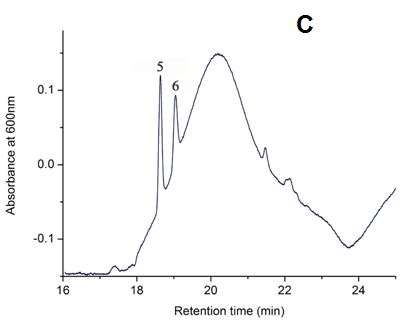 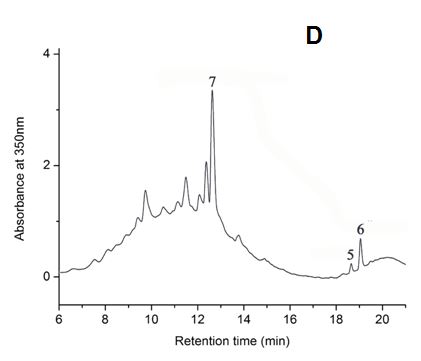 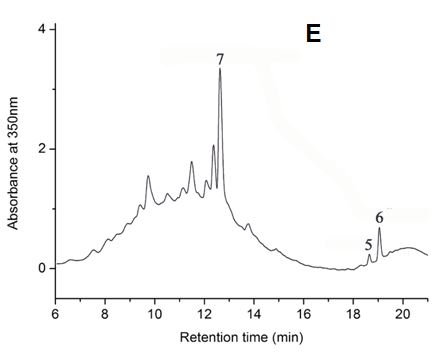 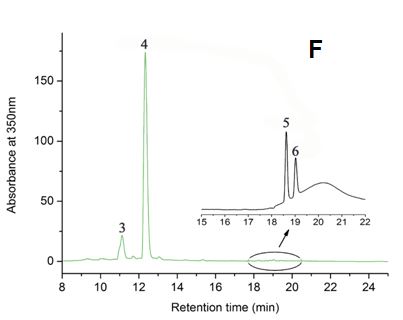 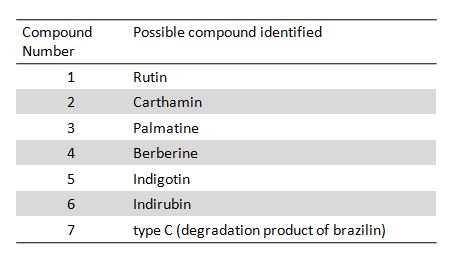