This object is a sleeve of robe with a figure and flowers. The patterns were embroidered with silk threads in red, brown, green and beige on damask. The figure wearing a red short jacket and a binary colored skirt stands among the flowers. A lining fragment was tie-dyed with hollow squares in rows [1]. 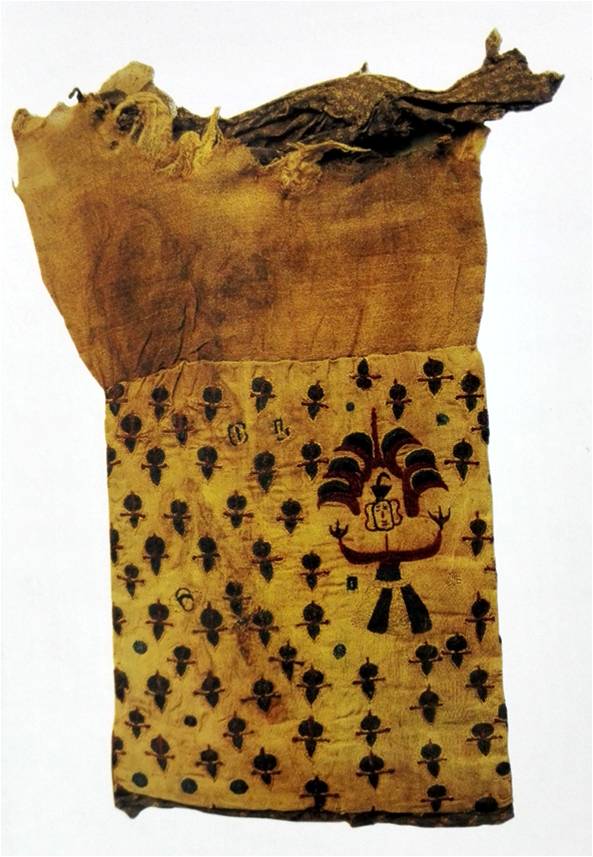 The dye was extracted from a thread (0.2-1mg) of the archaeological object in a solution of pyridine/water/1.0M oxalic acid as described by Mouri and Laursen [2]. The solution was evaporated to dryness under a nitrogen flow, and redissolved in 50 μL MeOH/H2O (1/1); subsequently, 20 μL of dye solution was injected onto HPLC column.

The main component of red dye is purpurin that was detected by HPLC method monitored at 450 nm. Two small peaks eluting between 16 and 17 min can be identified as pseudopurpurin and munjistin, respectively. It is suggested that the red yarns were most likely dyed withRubia cordifolia , which was widely grown in China, India and Japan. 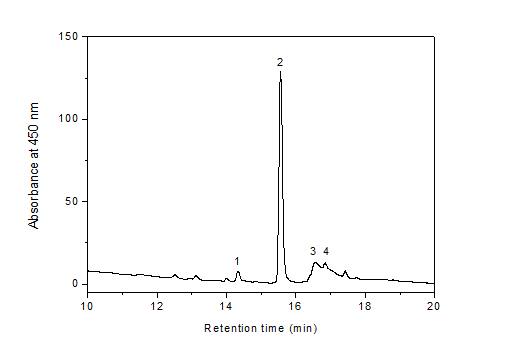