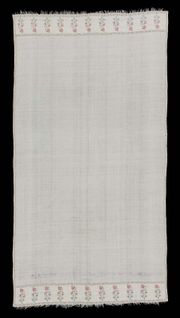 The fine, downy undercoat obtained from the domesticated goat, Capra aegagrus hircus, originates in the high altitudes of the Tibetan plain, the Changthang plateau adjacent to Ladakh, and high desert regions of Central Asia, western China and Mongolia. However, it was the skills of Kashmiri weavers that processed the fiber into fine shawls and other items of clothing. The fiber was known locally as pashm, and the woven product pashmina. When introduced to the west in the late 18th, early 19th century, is was called cashmere. By the 19th century, shawls made from cashmere were very popular in Europe and Great Britain. Cashmere wool is naturally a white, gray or tan color. The goats molt each spring and the hair is collected, sorted into the coarser outer hair and the soft downy undercoat. Because each goat only produces about 4 ounces of undercoat each year, it is very expensive. Cashmere fibers are silky and fine with moderate strength and good resiliency. They are used for high quality clothing, shawls, gloves, and sweaters. 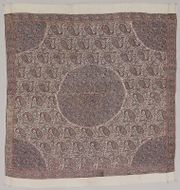