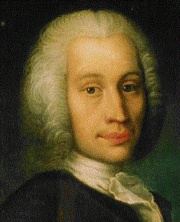 The international scale for the measurement of temperature. Formerly called the centigrade scale, it was developed by Anders Celsius, a Swedish astronomer, in 1742. The Celsius scale is set as a linear function of the thermometric properties of pure water. The freezing point of water at 1 atm (sea level) is designated 0 C, while the boiling point of water is designated as 100 C. The one hundred degree differential gave the scale its first name of centigrade. In 1948, the centigrade scale was officially designated as the Celsius scale in honor of its creator.

The Celsius scale relates to the absolute Kelvin (K) scale by the equation:

The Celsius scale related to the archaic Fahrenheit (F) scale by the equation: