A light yellowish-green toxic powder known as the pigment Scheele's green. Copper arsenite was discovered in Sweden 1775 by C.W. Scheele, a German chemist, but he did not publish the recipe until 1778. Scheele's green was never widely used as a paint pigment because it was toxic and discolored in the presence of acid or sulfur fumes. Currently, it is used as a rodenticide, Insecticide, Fungicide, and wood preservative. 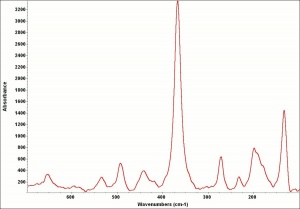 Soluble in mineral acids, ethanol, ammonium hydroxide. Insoluble in water. Decomposes in alkalis. Darkens in the presence of sulfur or lead compounds.