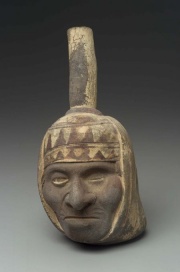 Numerous, irregular, hairline cracks that may occur in ceramic glaze, paint, adhesive, concrete, parchment, or lacquer. Crazing may be due to nonuniform shrinkage on drying or cooling. It may also occur due to stress or inherent defects in the material. In varnishes, crazing may occur as the film becomes brittle. Crazed surfaces may have microscopic size cracks that produce a white hazy appearance.