An acronym for ethylenediamine tetraacetic acid and many of the metal salts derived from this acid. The metal salts, such as Calcium, Sodium, etc., are generically called edates. EDTA has colorless crystals that are slightly soluble in water and insoluble in organic solvents. EDTA is a strong chelating agent used to remove metallic salts from solutions. The use of EDTA has had some success in cleaning stains and crusts from stone. Its ability to selectively remove stains is determined by the number and type of attached metal salts. For example, disodium EDTA is acidic and quickly solubilizes Calcite, while tetrasodium EDTA is basic and better dissolves Gypsum (Thorn, 1993). EDTA is also used in detergents, soaps, shampoos, textiles, and food. 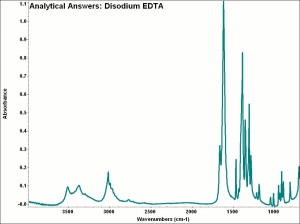 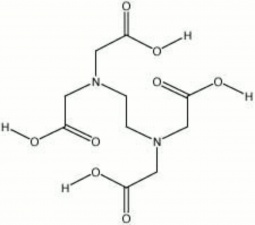