A hygroscopic, blue-gray powder that occurs naturally as the mineral Vivianite. Vivianite was described after discovery in the St. Agnes mine in Cornwall in 1817. It has been called 'blue ocher' and has been found in Roman paint residues. Ferrous phosphate is used as a colorant in ceramics. 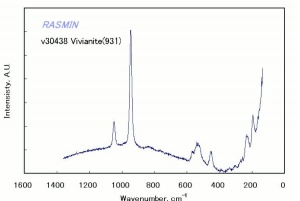