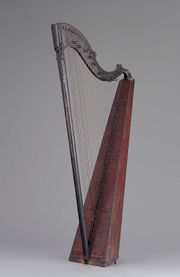 Over 50 species from the genus Abies with the exception of the Douglas fir which is of the genus Pseudotsuga. Fir trees are found in North America, Europe and Asia, primarily occurring in mountain ranges. These are large trees reaching heights of 80 m with trunk diameters up to 4 m. Wood from fir trees is soft, light color, straight grain and has a coarse texture. The timber is resistant to insect attack and has been used for ship building and general construction, usually for interior framing. Fir trees are popular Christmas trees due to their aromatic foliage and their tendency to retain dried leaves. The Canada balsam fir (A. balsamea) produces an oleoresin used to mount samples on glass slides for microscopic analysis. Burgundy pitch is obtained from the silver fir (A. alba) found in the Alps, Caucasian and Ural mountains. Other common firs are the white fir (A. concolor) , noble fir (A. procera), and grand fir (A. grandis).

Fir tree studs typically have a high grading for appearance and strength. The soft wood readily accepts plastic or metal fasteners with a high retention. The wood is less rot resistant than pine and can be used for exterior applications when painted or sealed.