A carbohydrate extract from Seaweed, primarily Gelidium or Gracilaria. Funori is a type of Agar that is used as a weak water-soluble Adhesive. It can form a Gel at concentrations as low as 1%. It is primarily composed of Galactose and is similar to agar. The mucilage has a low viscosity and dries to a thin, flexible, matte film. Funori is traditionally used by Japanese scroll mounters as a consolidant for friable media (AIC Book and Paper Catalog). Funori primarily comes from Japan where it has been cultivated since the 17th century (Swider and Smith 2005). 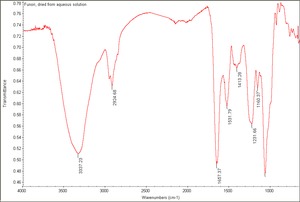