A yellow organic pigment produced in India from the 15th to the 20th century. Indian yellow is composed of magnesium euxanthate. It was originally made from the urine of cows fed exclusively on mango leaves (Mangifera indica Linn.). The washed, powdered material is a clear, golden yellow color that was popular for watercolor and tempera paints. Because the pigment was expensive, it was often adulterated with inorganic yellows, such as Lead chromate. The production of Indian yellow was prohibited in 1908 because the mango leaves were harmful to the cattle. Current commercial paints labeled Indian yellow contain a synthetic coal-tar derivative that is more permanent than the original colorant. Authentic Indian yellow fluoresces a bright yellow color when lit with long wavelength ultraviolet light. 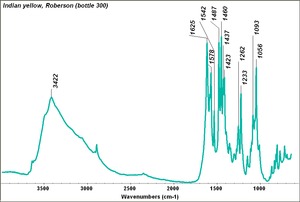 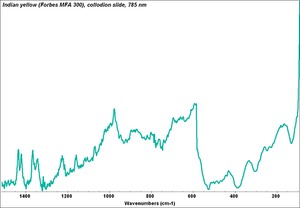 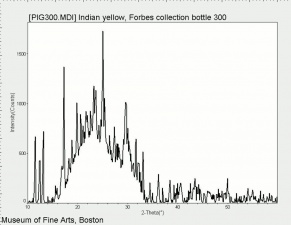 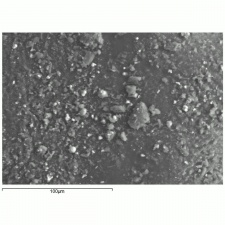