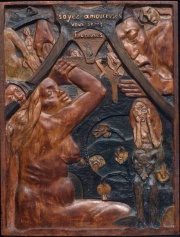 A name for several species of large deciduous trees of the family Tilia. They are known as linden trees in Germany, tilluel trees in France, lime trees in Britain, and basswood trees in North America. The light-brown wood from these trees has a straight grain and is easily worked. Linden wood is used for furniture and cabinets. Because linden wood is soft and workable, it has been used since at least the 1600s for decorative items with intricate carvings such as picture frames and sculptures. 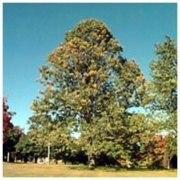