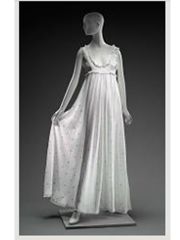 A manufactured fiber in which the fiber-forming substance is any long chain synthetic polymer composed of less than 85% but at least 35% by weight of acrylonitrile units (Federal Trade Commission definition). The first modacrylic (modified acrylic) fiber, Dynel® was introduced in 1949; many later followed but the only one still in production at the end of the twentieth century is SEF [Solutia]. The resilient modacrylic fibers have an irregular cross section and fair elastic recovery (79-99% at 2% elongation). SEF has a low moisture regain of 2.5%. It will maintain its properties to temperatures of 190C (375F). Modacrylic fibers are resistant to sunlight, bleaches and are considered non-allergenic. Because modacrylic fibers are fire resistant and self-extinguishing, they are commonly used in children's sleepwear. They are also used for wigs, stuffed toys and fake fur fabrics. 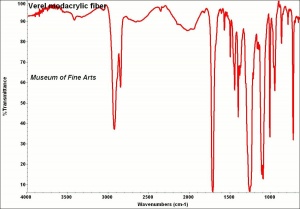 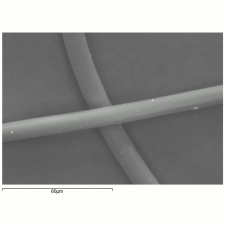 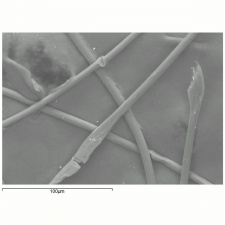