The Peabody Essex Museum collected a dragon robe (E80968) thought to have been produced for the late Qing dynasty court. Beginning in the seventeenth century, only the emperor, empress, empress dowager and sometimes a high-ranking imperial consort were permitted to wear garments in this ‘bright’ or ‘clear’ shade of yellow, known in Chinese as ming huang [1]. The robe was probably made for a very high-ranking woman at court, if not the Emperor’s wife or mother. The height of the lishui wave border at the hem, in addition to the prominence of the dragons, stylistically place this robe in the middle of the nineteenth century [2]. 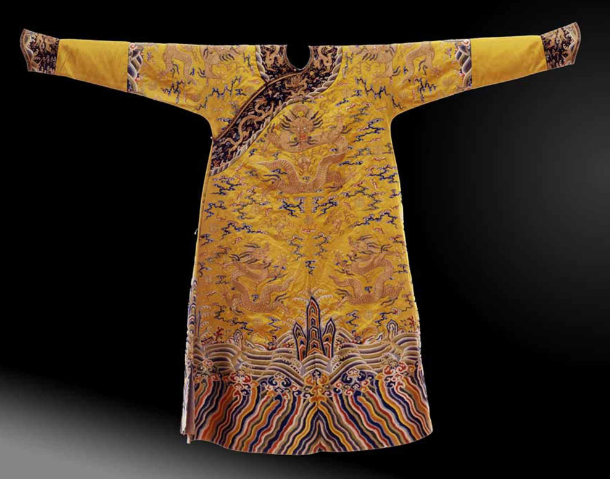 Yellow thread from the collar seam was samples and analyzed. The major components of the plant are flavonoids: rutin, keampferol and quecetin glycosides. The dyeing source was probably pagoda tree buds. [2] 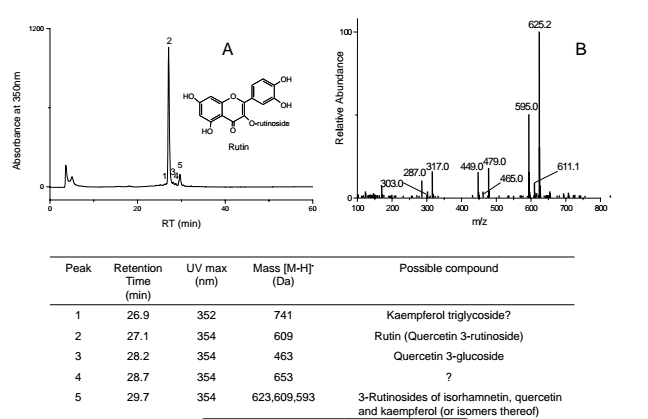 HPLC-DAD profile, extract from the robe, Absorbance at 350nm (mAU) by X. Zhang