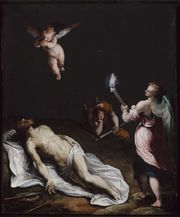 A fine-grain, homogeneous stone that splits easily into thin, smooth layers. Slate is metamorphosed from Shale with such pressure that the minerals recrystallized at right angles to the pressure. Slate is usually bluish-black or gray-black in color but it also has red, green, and purple variations. High-quality slate, called Welsh slate, has been quarried in Wales since the early 17th century. Quarries in the United States are located in Pennsylvania, Vermont, and Virginia. Slate has been used in construction for roofing and flooring as well as for writing slates and blackboards. In the 16th and 17th century Europe, slate was occasionally used as a support for oil paintings. It is currently used for countertops, fireplace facing, outdoor siding, and as a paving stone. 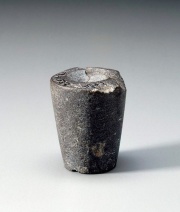 Chronic inhalation of dust may cause silicosis. Nontoxic by ingestion or skin contact.