A coarsely ground blue potassium glass containing small amounts of Cobalt oxide, which provides the source of the blue color. Smalt was used as a paint pigment in 11th - 13th century Chinese wall painting. It was used in European paintings from the early 15th-century, probably first in Germany and subsequently in Italy, and became widespread in the 16th- and particularly, the 17th-centuries. Be the 17th-century, the Netherlands had become a manufacturing center of large output, using cobalt ores imported from Germany. The pigment was exported from there all over Europe. Smalt remained a pigment available to painters until the 19th-century, but it had been somewhat displaced by Prussian blue from the early 18th-century onwards. The composition of smalt varies with manufacture. It is prepared by fusing cobalt oxide with Silica and Potassium carbonate (derived from wood ash). In addition to its characteristic elements of silicon, potassium, and cobalt, smaller quantities of arsenic are often also detected, and this arises from the original cobalt ore source. Smalt can be a stable, lightfast pigment, but it has poor covering power. In oil media, smalt frequently discolors to a gray or grayish brown tone through a complex interaction of pigment and medium, which involves leaching of potassium and cobalt from the particles and the formation of potassium soaps in the paint film. The process is impeded by admixture with lead white, but worsened by moisture. Smalt has been used as a blue colorant in paints, glazes, glass, bluing paper, laundry blue, starch, textile, and rubber. 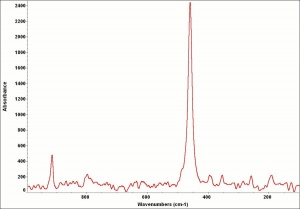 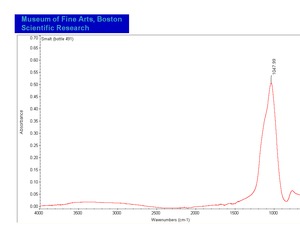