White, deliquescent solid. Sodium hydroxide was the 8th highest-volume chemical produced in the U.S. in 1991. It is primarily used in the manufacture of chemicals, paper, soaps (Castile soap), cleaners (Drano) as well as for mercerizing cotton, and neutralizing acids. It is also used to digest cellulose in making Viscose rayon and Cellophane. Historically, sodium hydroxide was obtained in an impure form from wood ashes and called soda lye. It was used to make a Soap. 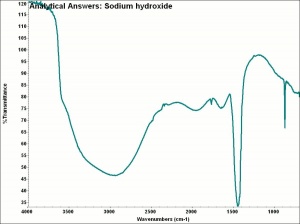 Soluble in water (pH is about 13 for a 0.5% solution). Soluble in glycerol, ethanol, methanol.