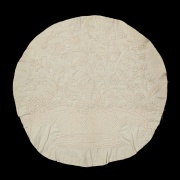 1) An old British classification for a Plain weave fabric (Tortora and Merkel 1996). Tabby is often woven with two warp and two weft threads to form a coarser fabric.

2) A concrete made from ground oyster shells, Lime obtained from burnt shells, and Sand. Tabby was used by Spanish settlers in 16th century in Florida (Bucher 1996). It was in use until the mid-19th century in many coastal areas of the southeastern U.S. 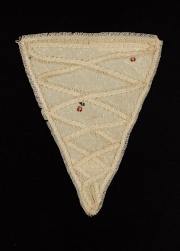