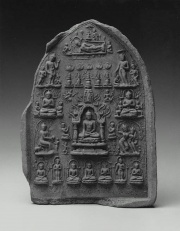 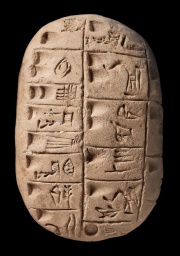 Baked or semi-fired clay that is usally a mixture of clay, grog, and water. Terracotta is molded or shaped, dried for several days then fired to at least 600 C. Some terracottas are glazed prior to firing. It shrinks approximately 7 to 11% during drying and firing. Terracotta has been used for pottery, statuettes, lamps, roof tiles, and cornices since ancient times. As it is fireproof and lighter weight than stone, it became popular for building facades and ornamental elements in the mid-1800s. Terracotta has been used as veneer cladding over concrete, as spandrels, mullions, and cornices. Early 20th century facades were often glazed in white or cream colors. After World War II, terracotta was replaced by ceramic, glass and metal in building construction. 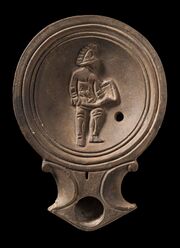