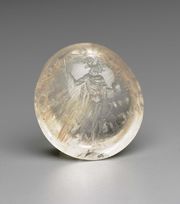 Titanium dioxide occurs naturally in three crystalline forms: Anatase, Rutile and Brookite, with rutile being the most abundant. In mineral form, titanium dioxide is often deeply coloured due to elemental impurities. Ground mineral rutile found some use as a colored pigment, but difficulties in grinding result in coarse particles with a different morphology than that of synthetic material. Naturally occurring anatase and brookite are not used for pigment manufacture. Both anatase and rutile have been synthesized since the early 20th century for use as white pigments, generally using processes based on either sulfuric acid or chlorine. The pigments are used in applications including: colorants and opacifiers in paints, pastels, inks, enamels, ceramics, glass, rubber and plastics; fillers and coatings in book, fine and photographic paper; and as coatings, delustrants and surface treatments in the textile and leather industries. They are nontoxic and can be used in foods and pharmaceuticals; their ultraviolet absorption properties have led to applications in sunscreen and lotions. Titanium dioxide is also used as a white reference material in many instruments for optical measurements or color spectrometry. Rutile can be made into synthetic gemstones of varying color and has use as a coating in the manufacture of welding rods.

The earliest uses of a synthetic titanium oxide, not of pigmentary quality, were during the late 1800s as opacifiers and additives to increase acid resistance in glazes and vitreous enamels. A blue porcelain glaze using hydrous titanic oxide was described in 1841. Titanium compounds of all kinds were investigated for use in the late 1800s in the textile industry, including titanium oxide as a mordant for wool, also not the calcined white pigment. From about 1908 onward, researchers in Norway and in the United States who were seeking to find a use for titanium-rich ore such as Ilmenite (iron titanium oxide) noted that titanium dioxide showed promise as a pigment due to its high hiding power. During development of a viable manufacturing method, small experimental batches of pigment were produced of various compositions and ranging in color from reddish yellow to off-white. Commercial manufacturing of anatase-based pigments began in Norway in 1918 (Titan Company A/S), and in the United States (Titanium Pigment Company) ramping up from 1916 to full production in 1919. Anatase pigments were developed first, and most of these early products were composites with barium sulfate, some (in Norway) also with calcium phosphate; pure pigments with 98% titanium dioxide were only introduced in 1923 in France and 1926 in the United States (an 83% pure product in Norway was replaced by a composite in the first year of production: for more detail on history see Anatase). Because anatase converts to rutile at high temperatures, calcination of the early pigments could result in up to 20% of coarse, gritty rutile. Rutile pigments, which have better hiding power and weathering properties than antase products, were produced experimentally on a laboratory scale in 1931 in Czechoslovakia, Germany and the United States, but the two methods which resulted in industrial scale production were not developed until 1937; commercial introduction of these pigments occurred from 1938 onward. An alternate process for the production of rutile pigment using chlorine was introduced on a pilot plant scale in the United States in 1948 (E.I. du Pont de Nemours and Co.). The chloride process was briefly used to produce anatase pigment in the United States (1975 to 1985, du Pont), which was mainly used in the paper industry; chloride process anatase contained a significant amount of rutile. Due to differences in starting material and method, chloride process pigment may be able to be distinguished from that made by the sulfate process on the basis of trace elements (see Rutile). 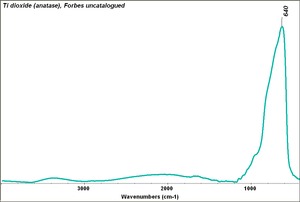 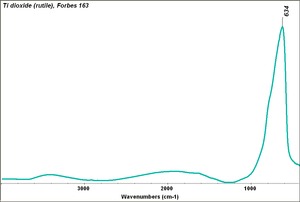 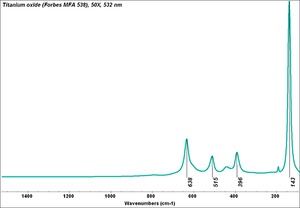 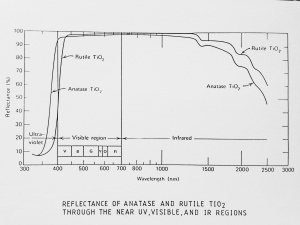