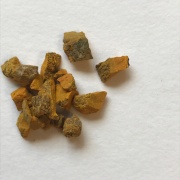 Turmeric is considered "the most popular yellow colorant in the world" [1]. Turmeric is a perennial herb, which can grow up to 1 to 1.5m tall. The turmeric rhizomes have a bright orange-yellow.Turmeric is thought to be a native of India and nowadays cultivated all over southeast Asia and as far as the islands of the Pacific. Turmeric can be cultivated in most areas of the tropics and subtropics.

Turmeric rhizomes, fresh or dried, were grounded to powder to be used as dyes.

As Tumeric is extensively used in ceremonies in India.Since the Vedic period (100-500 BC), and still today, turmeric has been part of Hindu civilization [2]. It is mentioned in Javanese and Balinese documents written before the mid-10th century AD.

Turmeric is used to dye the robes of Burmese Buddhist monks, on the bark cloth of Polynesia and Micronesia and in the faffia ikats of the Sakalva people of northwest Madagascar.

Research on textiles from China during the Ming and Qing dynasties has reported on usage of turmeric as dyeing resources[3, 4]. 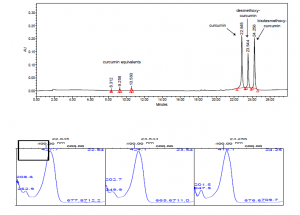 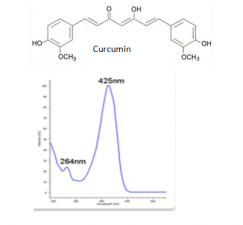 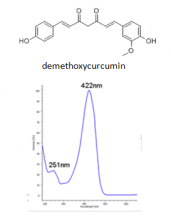 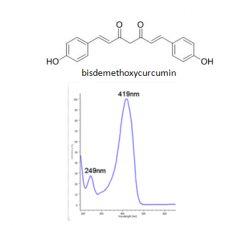 [4] Han J. The Historical and chemical investigation of dyes in high status Chinese costume and textiles of the Ming and Qing Dynasties (1368-1911) PhD thesis, University of Glasgow February 2016.