A bright red pigment composed of synthetically prepared red mercuric sulfide. Vermilion is chemically identical to the mineral Cinnabar. There are two methods, dry-process and wet-process, for preparing vermilion. The dry-process method was invented by the Chinese then imported to Europe about the 8th century seemingly via the Islamic world. Dry-process vermilion is prepared by adding Mercury to molten Sulfur, which forms a black isomorph of mercuric sulfide. The black mass is ground, heated to sublimation, then condensed to form vermilion. The wet-process method for making vermilion was developed in the late 17th century in Germany, but was not commercialized until the 19th century. The large scale production in the Netherlands in the 17th century was dry-process. Wet-process vermilion is made by placing the ground black mercuric sulfide isomorph into a solution of Ammonium sulfide or Potassium sulfide; this results in a red precipitate of vermilion. Vermilion is a very dense pigment with excellent hiding power and has been used in oil, watercolor, Egg tempera, and fresco paintings. Roman wall painting involved the prodigious use of cinnabar which came exclusively from famous mines in Spain (Almaden). It has been observed that when exposed to ultraviolet light and oxygen, vermilion can change from its normal red crystalline form to a gray or black product, but more recent research has indicated that the catalytic effect of chloride ions is probably more important than the role of light. The transformation which progresses via Mercuric chloride species can result in dark, splotchy discolorations, common on egg tempera paintings (Gettens et al. 1993), but also in oil paint films, particularly when there is no surface glaze paint to protect the vermilion. By the 20th century, vermilion was superseded by Cadmium red for most applications. 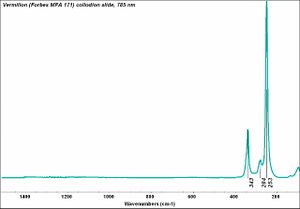 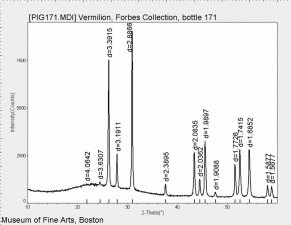 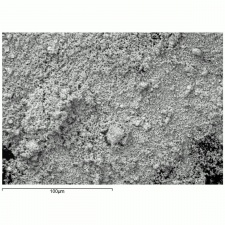 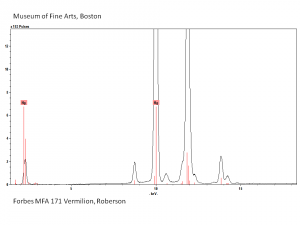 ° M.Spring and R.Grout, "The Blackening of Vermilion: An Analytical Study in the Process in Paintings", National Gallery Technical Bulletin Vol. 23, 2002, 50-61.Record content reviewed by EU-Artech, November 2007.