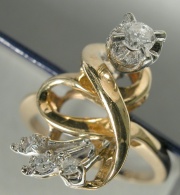 A stable, extremely hard, crystalline form of Carbon that occurs naturally. Diamonds were known to man prior to 800 BCE from alluvial deposits found in India, Sumatra, and Borneo. They were discovered in Brazil in 1725, in South Africa in 1867, and in Arkansas in 1906. The finest grade diamonds are transparent, brilliant stones that are used as gems; these are primarily mined from the kimberlite pipes in South Africa, and glacial tills of Zaire and Brazil. The largest diamond in the world, the Cullinan diamond, was found in 1905 in South Africa. Named for Sir Thomas Cullinan, it has since been cut into 9 large stones, the largest of which, Great Star of Africa (530.2 carat), is set in the British royal scepter. Diamonds with some imperfections are classified as industrial grade and are used for cutting tools and delicate instruments. These are primarily mined in Australia, Brazil, and South Africa. Abrasive pastes are made from small, imperfectly crystallized pieces called Bort (rounded with no distinct cleavage), Ballas, and Carbonado (black diamond, usually granular with no distinct cleavage). Synthetic diamonds, produced using high heat and pressure, are also used as abrasives. Imitation diamonds have been made from lead glass (Paste diamond), quartz rock crystal (Rhinestone), cubic zirconia, synthetic Rutile, and synthetic Spinel. 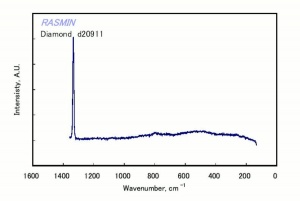