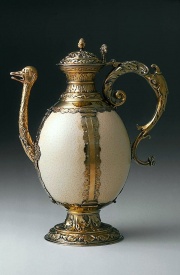 A term whose primary meaning in art, refers to the ellipsoidal shell and embryonic contents produced by birds. For paintings, the egg contents are used as a tempera medium. The whole egg, yolk, or white may be used sometimes mixed with oil and/or resin. The Egg yolk is a stable emulsion of an aqueous liquid with an oily, proteinaceous medium which dries quickly into a hard, insoluble film. Egg white, or glair, has been used as a medium for illuminated manuscripts. It is also used as a size for attaching Gold leaf. Albumen is the adhesive substance of egg white. As a pure film, albumen is clear, brittle, and water soluble. Water solubility can be decreased by heating or adding Tannin. The exterior of a bird egg is covered with a brittle shell composed of Keratin and Calcite. 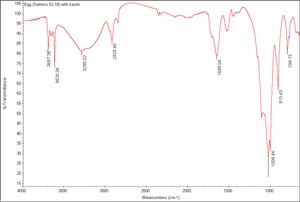 Miscible with water when fresh. Insoluble in water after heating.