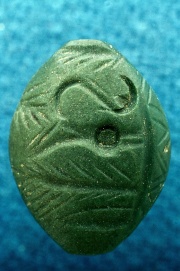 An opaque, dense cryptocrystalline Quartz stone. Jasper is associated with iron ores and contains irons impurities which give it a yellow, red, brown and occasionally green or blue color. The colors may be uniform, blotchy, or arranged in bands. When the colors are arrange in bands, the mineral is called riband jasper. A variety containing red and green alternating bands is called Siberian jasper. Jasper has been gathered or mined since Paleolithic times. Red, yellow and green jasper was used by the Egyptians for carved cylinder seals and amulets. Egyptian jasper is a variety that is red with brown areas. It was primarily used in the Middle Kingdom period. Currently, jasper is cut and polished as a ornamental building stone. Black jasper and black slate have long been used as touchstones to determine the presence of gold in gold-silver alloys. 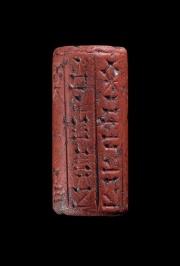 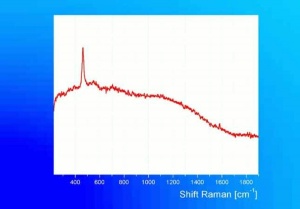 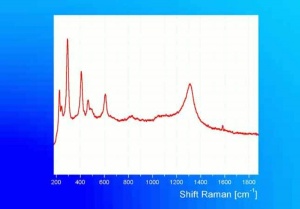