Mold on book cloth and paper

Any of several types of fungi that cause a furry growth on the surface of plants and other organic materials. Mold beings as a white downy mass that is called mildew. It has a unicellular body with slender branching threads or hyphae. Mold reproduce by emitting millions of spore into the environment. The most common species are Aspergillus (black, yellow, and orange) and Penicillium (green). Molds can excrete organic acids, such as citric, oxalic, gluconic, etc., that can damage the growth substrate. This can result in discoloration of dyed textiles, paper, and leather. They also produce colored bodies that discolor materials. Mold growth can be inhibited by fungicides or minimized by a clean environment that has sunlight, dry circulating air and relatively low temperatures (Roberts and Etherington, 1982). 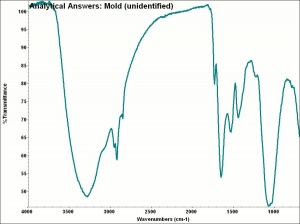