[ThermoFisher, formerly Nalge Nunc] A registered trademark for a series of plastic containers made from Polypropylene, Polyethylene, Teflon®, Silicone, Acrylic, Polystyrene, and Polycarbonate. Originally sold for laboratory use, most of these containers are relatively inert to chemicals and solvents. At the end of the 20th century, Nalgene® introduced a line of consumer products, including the popular sports' water bottles that were advertised as indestructable. 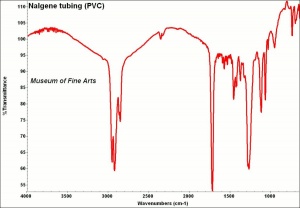