A metamorphic rock composed of Quartz grains along with other minerals such as Hematite, phengite, and Chlorite. Quartzite is commonly found throughout the world. It is usually white, pink or red in color but can be found in other colors, such as yellow, green, blue or orange. Quartzite is a semitransparent stone that resembles Marble, although it is harder and does not effervesce in Acid. Quartzite breaks unevenly with a clean angular fracture and is very resistant to weathering. Since prehistoric times it was used to make tools. Presently, natural quartzite is used as a decorative stone in flooring, walls and countertops, and crushed quartzite is used for making Brick, abrasives, and road rubble. Dyed quartzite has been used to replicate several types of gemstones. Sedimentary quartzite is generally called siliceous Sandstone to distinguish it from the Metamorphic stone. 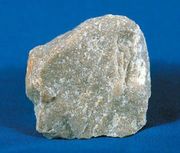 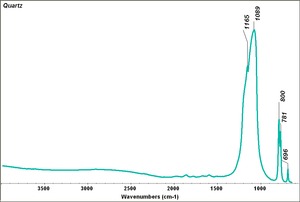 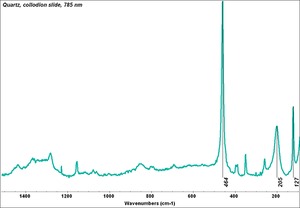 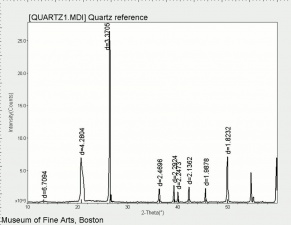