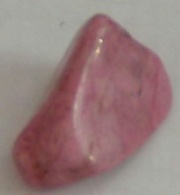 A bright pink, opaque Gemstone composed of Manganese silicate. Rhodonite is obtained from Russia, Germany, Hungary, Italy, Sweden, Canada, and Australia. It has a pearly to vitreous luster and ranges in color from pink to deep red, often with black veins. Rhodonite slowly tarnishes to brown or black with air exposure. It has been used in jewelry, carvings, and inlays. A variety of rhodonite that contains Calcium is called bustamite and is mined in Mexico. A fine, transparent pink variety containing Zinc is called fowlerite and is mined in New Jersey. 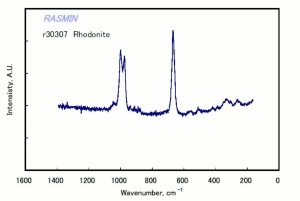