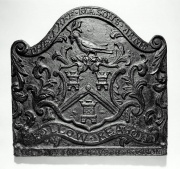 An alloy of Iron with Carbon that is hard, brittle and nonmalleable. Cast iron contains about 2 to 4% carbon and 1 to 3% Silicon. It was made in China by at least the 3rd century BCE. The technique for its production did not reach Europe until medieval times. Cast iron is manufactured by melting scrap iron or pig iron in a cupola that is in contact with the coal fuel, then casting the molten iron into a mold. It is inexpensive and easy to make. In the 1830s, cast iron was used for structural and decorative building components in North America. It was also used for cast iron pipe, stove pipe, firebacks, cauldrons, and cannons. 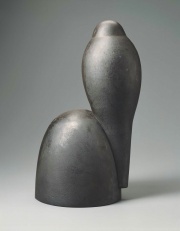