A blue printed image prepared by a nonsilver process that was popular for photographs at the end of the 19th century. More recently, cyanotypes, or blueprints, were primarily used to copy architectural drawings. The cyanotype method was suggested in 1842 by British astronomer Sir John Herschel but not widely used until the 1880s after Henri Pellet developed a direct positive blueprint process (1877). In this process, cyanotype paper is coated with a ferric and an organic acid in a binder (Dextrin, Gum, or Gelatin); after exposure to light the image is developed with potassium ferricyanide which reacts to form Prussian blue. The blue image on white paper is fixed by washing the remaining salts away in an aqueous solution. 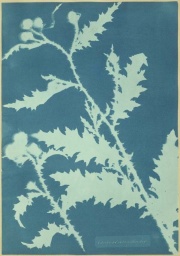 Highly sensitive to alkalis. Should not contact buffered paper. 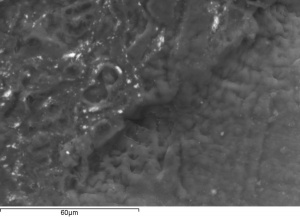