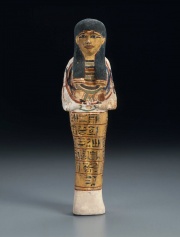 1) A hard, white ground layer primarily used for tempera painting and water gilding. Originally, gesso, the Italian word for Gypsum, meant a ground layer prepared from gypsum and Animal glue by Italian painters for wooden panels (Gettens and Stout 1966). Gesso grounds were used since medieval times and were often applied in multiple layers with the initial gesso layer containing coarse gypsum particles (Gesso grosso) and the final layer containing fine gypsum particles (Gesso sottile). The dried surface was sanded, then polished to an ivory-like finish. Because it was hard and inflexible, gesso was usually applied to a rigid support, such as a panel, picture frame, or sculpture. From Renaissance times, a hard gesso prepared from calcium carbonate (Chalk) in glue was used in northern Europe for oil and casein paintings.

2) Since the late 20th century, some American manufacturers have also used the term 'gesso' to refer to their commercial canvas primer formulations made with synthetic binders and with one or more white pigments such as chalk, Zinc oxide, and Titanium dioxide (about 10% for opacity). These contemporary ground materials do not correspond to true gesso and cannot be used as a substitute.