A heavy yellow powder composed of Lead monoxide. Massicot is the name used for both the native mineral as well as the lead monoxide product made by heating lead carbonate to 300C. Litharge, another crystalline form of lead monoxide, is the oxidized product of molten lead that has been stirred or atomized to incorporate air then cooled and ground to form the yellow powder. Litharge tends to be slightly more orange than massicot due to the presence of small amounts of red lead oxide. Lead monoxide has been used as a drier in oil and as a low-fire flux in making ceramics and glass. It was also used as a yellow pigment in paints and glazes. Thin layers of lead monoxide produce iridescent colors on Brass and Bronze. It has also been used as a filler for Rubber and to produce artificial Tortoiseshell and Horn. 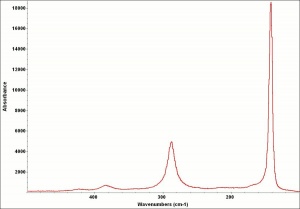